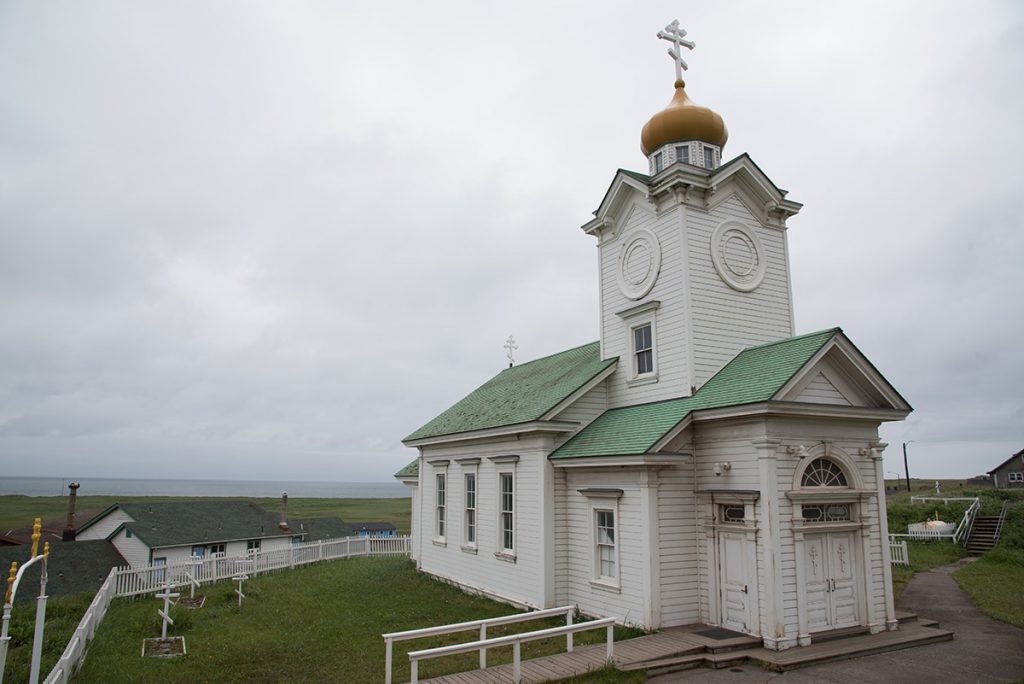 Alaska Natives’ loyalty to the Russian Orthodox Church can be traced to the brave missionaries who traveled to Alaska in the late 1700s. Before then, Russian fur traders were in control and behaved very abusively toward the Unangan people, even though the Tsar had forbidden mistreatment of Alaska Natives.

The Unangan population decreased dramatically in the 18th century from the traders’ harsh treatment, forced labor and European diseases. When the Orthodox missionaries arrived, they defended Native peoples from the fur traders and taught them Jesus Christ’s lessons of grace, kindness and salvation. The missionaries also brought written language to Alaska and helped the Unangax create an alphabet for their language.

Having been displaced from their traditional homeland, the Unangax of St. Paul Island have repaid the missionaries by an unwavering dedication to the Russian Orthodox faith.

The first church on St. Paul Island was built in the late 1700s, then replaced in 1819. The current Saints Peter and Paul Church was built in 1907 and is listed on the National Register of Historic Places. Its signature Russian onion dome, however, has been repeatedly damaged by storms and replaced.

Most of the church’s worship services are in English, but at times, in Church Slavonic and Unangan. During Christmas (according to the Old Calendar), the priests and volunteers walk from house to house carrying a large star and sing traditional hymns, after which each home welcomes them inside for refreshments.