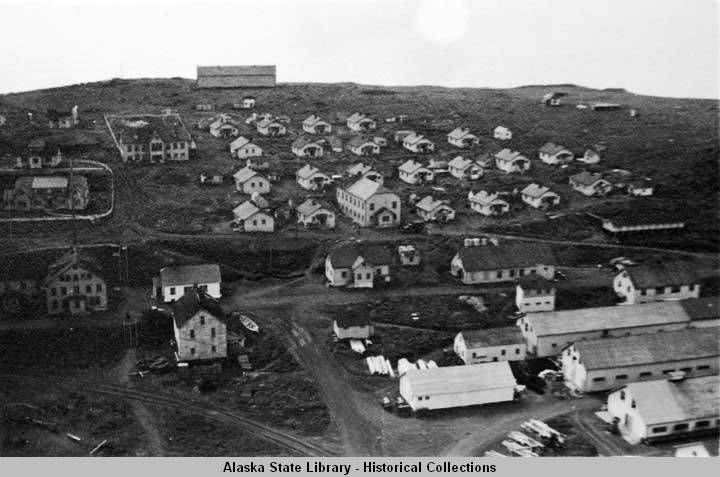 The Unangax traditional homeland is the Aleutian Islands to the south, but Russian traders forced many of them to go to the Pribilof Islands and hunt fur seals. The traders got rich in the lucrative 18th and 19th century fur market, but the Unangan peoples worked without pay or basic rights and, in fact, suffered great abuses.

Over the next few decades, these displaced Unangan hunters established a permanent community on St. Paul Island (and also on nearby St. George Island) and raised families there. When the Japanese invaded the Aleutians during World War II, the U.S. government evacuated the Pribilofs and the Aleut residents were forced to, once again, leave their home.

In the post-war years, Unangax returned to St. Paul Island and fought for their rights as American citizens. But they still faced the challenges of building an economy in a very small community located in a very isolated place. When the Alaska Native Claims Settlement Act of 1971 created Alaska Native corporations, the Unangan residents of St. Paul Island founded TDX Corporation.

Through its many business ventures, TDX is able to provide services on St. Paul Island and employment opportunities for its people.

The island is still windy and still home to just a few hundred people. But the proud descendants of those tough fur hunters have bravely taken control of their own future – together.